The long-awaited start of the 2018 season is finally here. Giants fans have been ready for this day far before last season even ended. Coming off an abysmal 3-13 record came a clean sweep in staffing, the return of a star and the addition of perhaps another, I’m confident in saying that I’m optimistic about this season. Uh-oh.

With the Giants hosting the Jacksonville Jaguars, today marks the first time they’ve opened at home since 2012. Today’s game also marks Tom Coughlin’s return to Met Life, albeit as the Executive Vice President of the Jaguars, but I’m sure returning players will jump on the opportunity to chat with their former coach.

Cautionary optimism is the theme of today’s match-up (and this Giants season).

In terms of the offense, they can really only go up. Under McAdoo last season, the Giants failed to score 30 points in any single game. This season brings the return of Odell Beckham Jr, the addition of Saquon Barkley and a major revamp of last season’s playbook. Based on what we saw this past summer, expect to see more play action passes and vertical routes.

Odell’s return has only been heightened with the signing of his monster contract, one that suggests he is slated to take on more responsibility and establish himself as a leader on the field. What better way to test this than matching up with cornerback Jalen Ramsey. Odell has struggled with trash talking in the past, showcasing his immaturity and making enemies with kicker practice nets. Today gives Odell the stage for his big comeback, as well as the chance to establish himself as a more responsible leader going forward.

As good as this Jags defense is, they’ve struggled with the run in the past. Cue Saquon Barkley. The pressure is certainly on for the second overall pick, and he’ll need a superb start if the Giants want any chance today.

The abysmal right side of last year’s O line has been reconstructed, with Ereck Flowers moving from the left side and Patrick Omameh at guard. Flowers will likely be across from Calais Campbell- who was named to an All-Pro first team last season. Not exactly a reassuring match up, especially after last season. On the left side, the free agent signing of Nate Solder at tackle gives me optimism, followed by Will Hernandez and Jon Halapio. Despite this looking like a strong(er) O Line- this is also a line comprised of all new starters and could take awhile for them to become a cohesive, effective unit.

This game will inevitably come down to a battle between defenses, with Jacksonville boasting one of the best pass rush units in the league. The all-new Giants defense will immediately be put to the test, facing Leonard Fournette. The running back finished in the top 10 of all rushing yards leaders, topping out just over 1,000 with 9 touchdowns. The Giants will have to get on him early in the game if they want any chance of coming away with a win. With Damon Harrison and rookie B.J. Hill on the line, the Giants could potentially put up a good fight.

The Giants will surely be missing their top edge rusher Olivier Vernon, who’s out with an ankle injury. In his absence they’ll really need to put the pressure on Bortles. Jacksonville went 2-6 when he threw at least one interception.

The Giants need their newly established O line to communicate well, Barkley to get his openings, and heavy pressure on Bortles in order to come up with the win today.

I’ve seen a lot of people tossing around 24-17 which sounds about right- but I won’t say which way I’m leaning, because picking outcomes gives me a bad feeling. 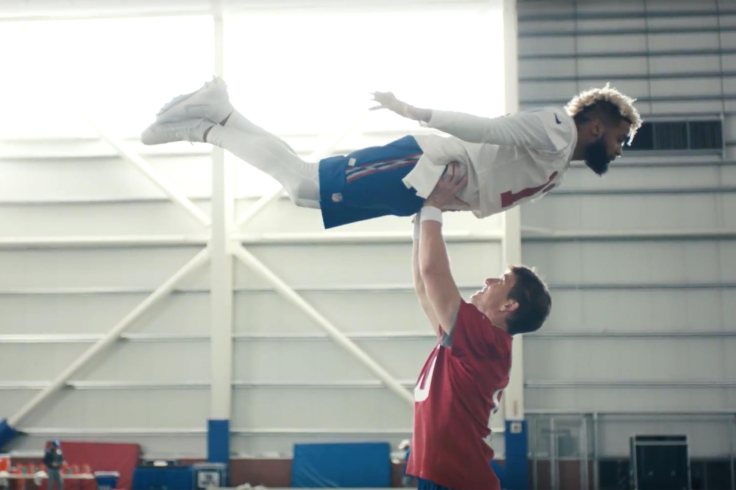