Every day I wake up, thank God I’m a Red Sox fan, and then check Twitter. I’m a few hours behind most of Red Sox Nation now that I live in LA, so I have to play catch-up.

And then I saw why. 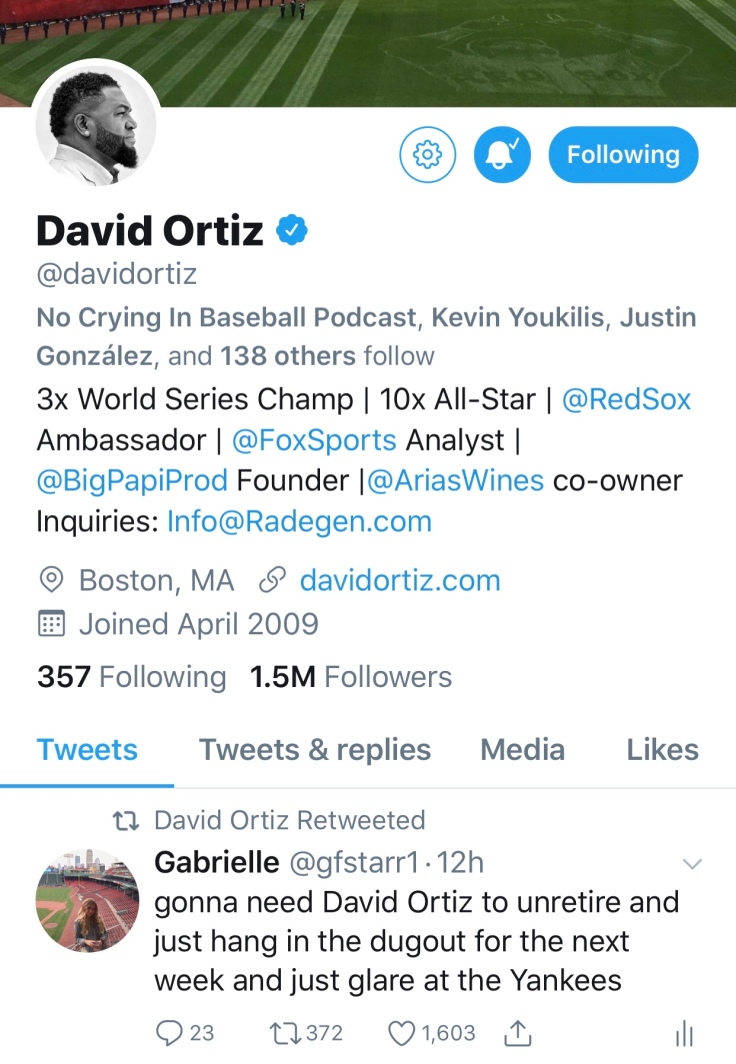 After I collected myself (a fancy way of saying I stopped crying), I started thinking. What does this mean?! Is he coming to the series? I doubt he’d miss it. He isn’t allowed to actually play, so our dreams of another David Ortiz postseason walk-off home run against the Yankees will have to stay dreams. But it has to mean something.

Imagine, for a second, the postseason dugout with David Ortiz sitting on the end of the bench, in one of those old Red Sox warmup jackets, just staring at all the Baby Bombers. Picture him glaring at Miguel Andujar and Gleyber Torres until they just shrivel up like deflated balloons. Think about him causing Luke Voit so much anxiety that the guy fouls a ball off his own dick. I’d love it if Papi was the reason that wife-beater Chapman gave up a couple dozen homers to our boys.

The postseason won’t feel the same without David Ortiz, especially since this is the first time since 2013 that it feels like we truly have a chance to do something great. And it’s the first Sox-Yankees postseason series since 2004, when he became our Big Papi, and catapulted us into the stratosphere of baseball greatness. I hope he’ll be here to experience it with us in some capacity again.

Harry Potter said there was no Hogwarts without Hagrid. There’s no October baseball without you, Papi.